“Your brand is an emotional connection with your consumer and you are always adding or subtracting from that connection; whether it’s a conscious decision or not.” – Robin Chakrabarti, Empresario Capital

Brands come and go, sometimes without us noticing them at all. Every year new brands emerge, hoping to become ‘the next big thing’. But some brands have unmatched staying power that often result in them becoming a household name. While their popularity may be cyclical, with many professional peaks and valleys as they grow and evolve, there’s no denying that some brands are worth watching. If for no other reason than to see what they’ll do next.

Maybe Elon Musk is an alien, but at this point, who cares? From Tesla to SpaceX, Musk and Co are pushing the limits of innovation and technology to embrace a bright future filled with colonies on Mars, economical space travel, and environment-friendly cars. SpaceX has successfully completed tests of their latest rocket systems, having launched payloads into space and recovering most of the rockets, including automated landing of the boosters so they can be used multiple times. R&D on the BFR (Big F—ing Rocket – Or the PG-13 name ‘Big Falcon Rocket’) has been ongoing since 2012, but active production on the system is underway. Musk even shared his Tesla technology with others in order to speed up advancement of electric cars and continues to advance solar power solutions through his Solar City project. Make no mistake. While he has a number of brands under his name, ‘Elon Musk’ is a brand unto itself.

In 2018, Musk made headlines for going ‘off-brand’. While being interviewed on the Joe Rogan Experience podcast, Musk took a hit (or several), which launched hundreds of wonderful memes. While there was a certain amount of public outcry, despite pot being legal in the state of California, the event seemed only to elevate Musk’s social status. Turns out space isn’t the highest point for Elon Musk afterall. 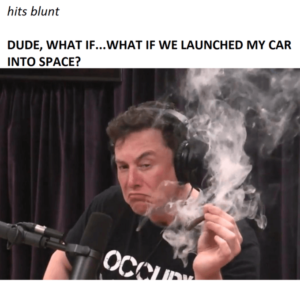 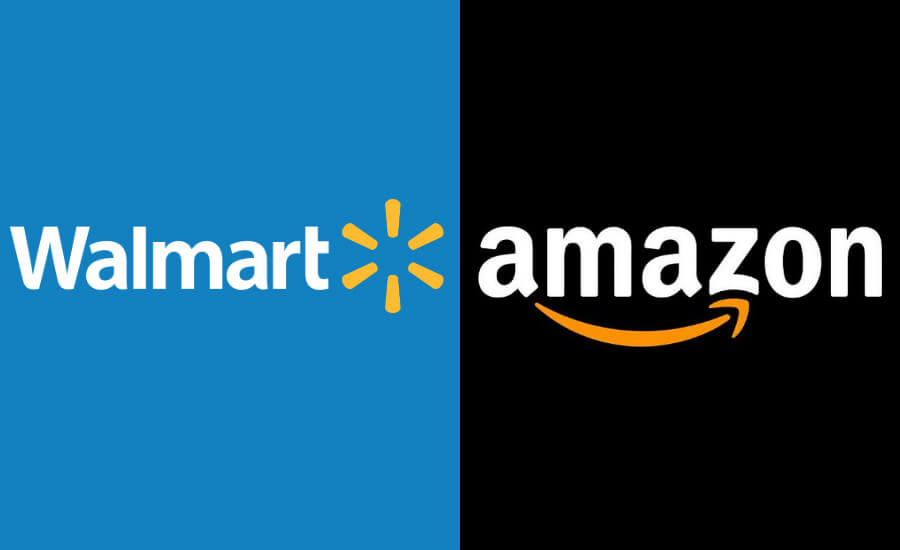 Ding! Ding! Here’s a fight to rival any number of UFC bouts and it may just come to a head in 2019. These two fall under the same heading because they’re slowly moving toward direct competition. With Walmart offering online prices in-store, and developing out their online shopping offerings, and Amazon turning to brick and mortar stores to extend their market share, improving Prime offerings, and basically taking over all areas of the retail industry, it’ll be interesting to see who comes out on top. Maybe one, the other, neither, or both. Whoever the victor, it looks like we, the consumer, will benefit either way. 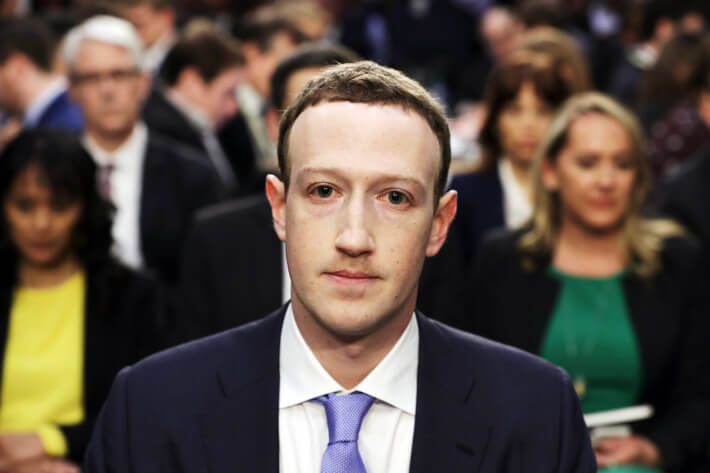 While Mark Zuckerberg’s presence at a congressional hearing last year made a lot of people wonder how congress is still a thing when they clearly don’t even understand how the Internet actually works, the main focus of the event was Facebook. And not just Facebook, but the security and privacy issues that are now plaguing the platform. With over 2 billion users worldwide, the social media giant is still at the top of the heap when it comes to online social interactions. As an advertising platform, it’s unmatched. But recent reports have the general public concerned that our privacy may already have been violated by Zuckerberg and Co. Whether the general public truly cares is another question entirely. Without Facebook, how will we share what we’re having for lunch, or how will people know where we’re ‘checking in’, and how will we remember everyone’s birthday? Facebook has had its fair share of ups and downs. This could be considered a down, but if it is, it’s barely noticeable in the grand scheme of things. 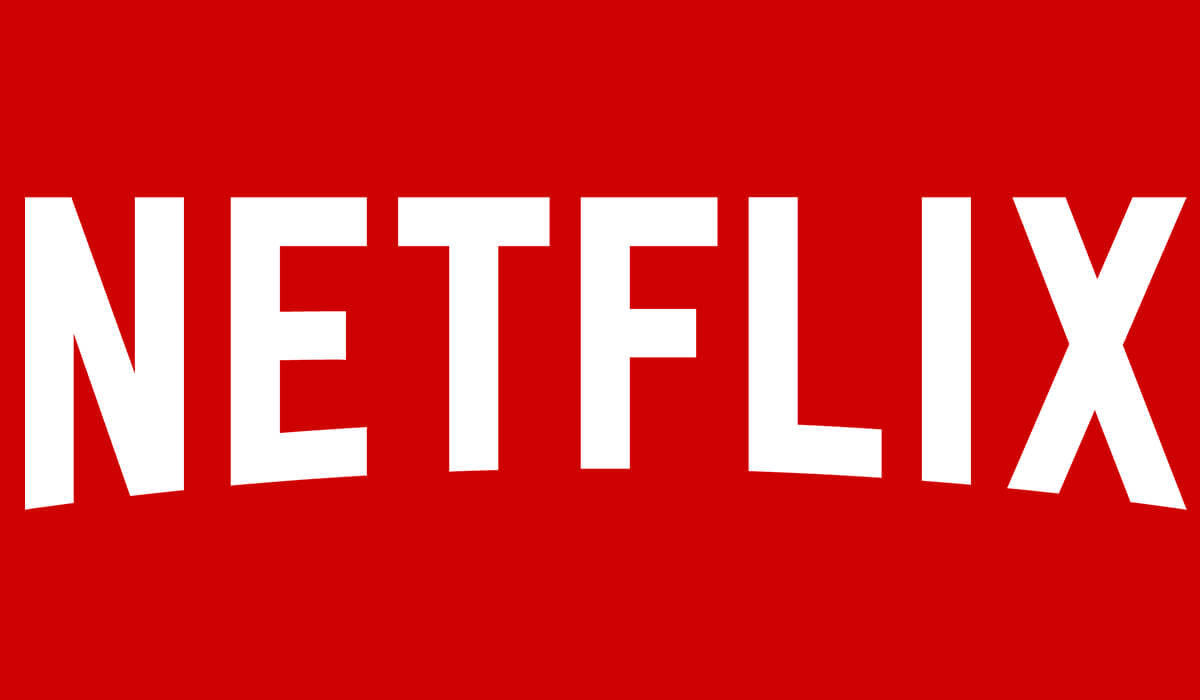 #5 on this list is set to give Netflix a run for its money in 2019, but for now the most popular streaming service in the world doesn’t appear to be going anywhere. Despite reporting a hefty debt ratio over the past two years, Netflix is still the most popular streaming service. Sure, there’s Amazon Prime, Hulu, and a host of other pretenders. But none of them can match the popularity and size of Netflix. This is the same platform that almost single handedly put video rental stores out of business. The only downside is that they don’t seem to be doing anything else. Netflix went from a mail order movie and TV show service to online streaming, and has since led the pack. They’ve added a metric ton of original content, had massive hits like Orange is the New Black, Stranger Things, and more, and added an offline downloadable feature. But where do they go next? With new streaming services popping up and one in particular that could potentially present a challenge, it’ll be interesting to see how Netflix plans to maintain its position at the top of the heap. 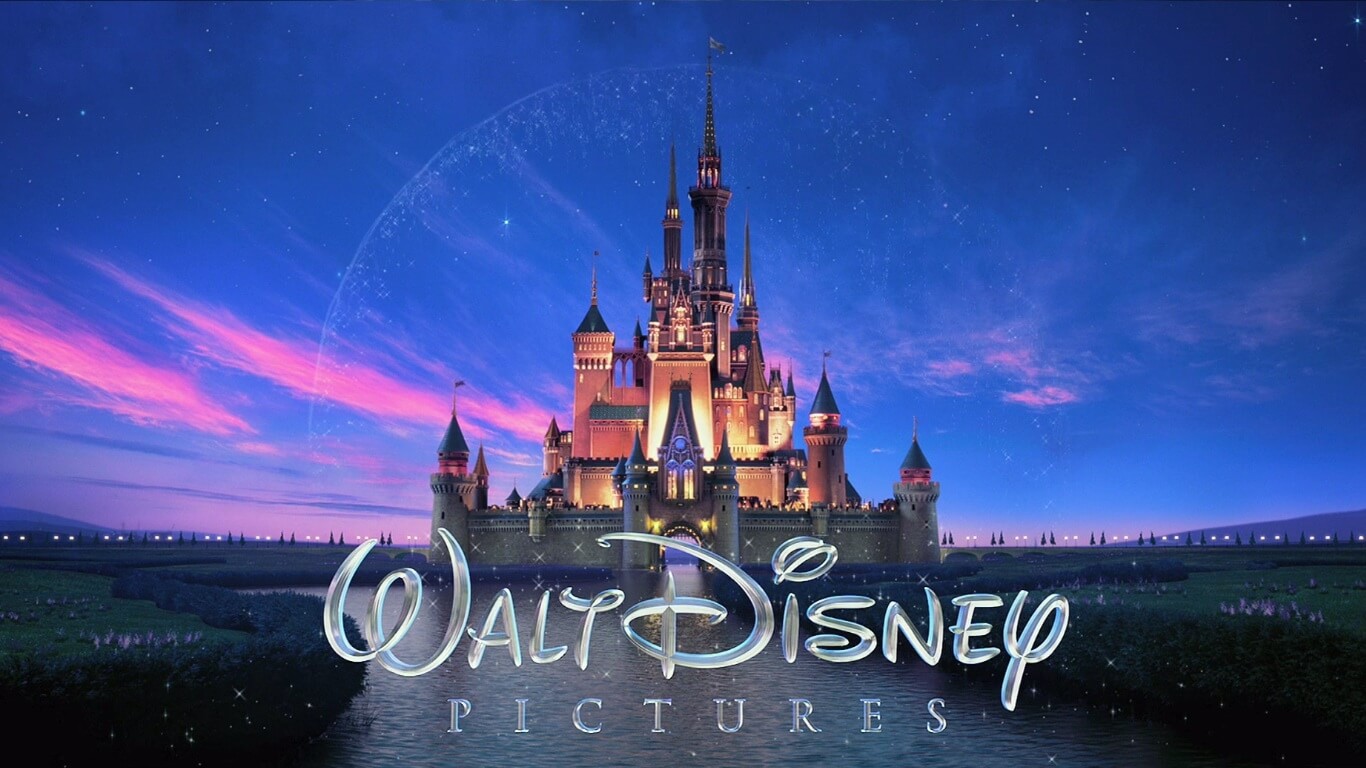 Finally, we have to mention the house of mouse. Disney was impressive back when it was just an animation studio before the amusement parks were even conceptualized. While the company had some ups and downs—the early 2000s saw a particular slump in the 2D animation industry—the company has grown from strength to strength. But never more than the past decade or so. When Disney bought Marvel Studios, people were worried about what a Disneyfied version of Marvel would look like. Apparently it looks amazing because year over year, the Marvel movies are among the highest grossing both domestically and abroad. Jump to 2012 and we find Mickey hopping in the millenium falcon as Disney purchased Lucasfilm for a few billion dollars. Now they own one of the two largest comic book properties in the world, and the entire Star Wars universe, plus an aging Indiana Jones. Did they stop there? No chance! Most recently they brokered one of the most complex acquisition deals in history to purchase various pieces of 20th Century Fox, netting them a massive catalogue of movies and TV shows. With these acquisitions in place, they now claim 6 of the top ten grossing movies of all time. They’re also pulling their licensing from Netflix in preparation to launch their own online streaming service. If anyone can rival Netflix, it’s likely going to be Disney. As it stands, the Magical Kingdom looks poised to corner the entire entertainment industry.